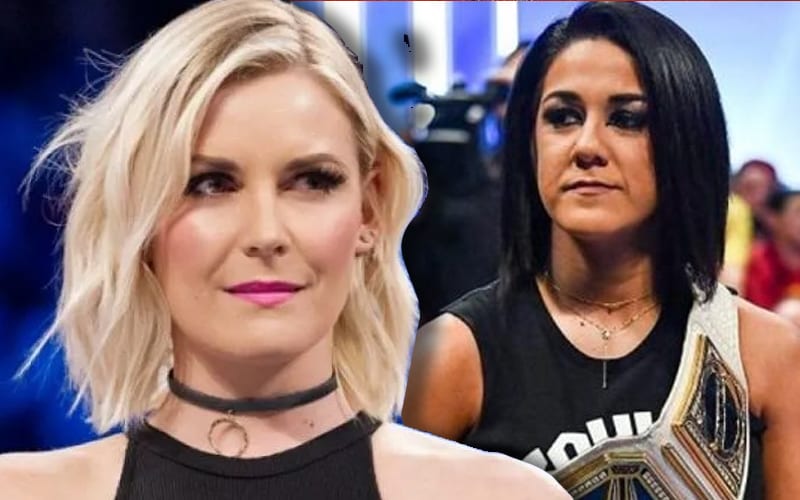 Jon Moxley let the world know that he and his wife Renee Paquette are expecting a child. This was something he inserted very cleverly into his promo during AEW Dynamite. The world instantly reacted.

Click here for our compete coverage of AEW Dynamite from this week.

Bayley tweeted out a reaction to Renee posting a photo of herself and a very happy Moxley. The former SmackDown Women’s Champion wanted to know which was cuter, how Moxley told the world, or how she found out.

Renee Paquette answered saying that the way Bayley found out was far better as she revealed:

100% the way you found out. *i thought i was texting Jon a pregnancy update. I was in fact, texting @itsBayleyWWE

This is a very happy time for Moxley and Paquette. Her cookbook is dropping soon, and you never know who might want her hosting abilities after Renee’s WWE exit.

Congratulations to Jon and Renee once again from everyone here at Ringside News!