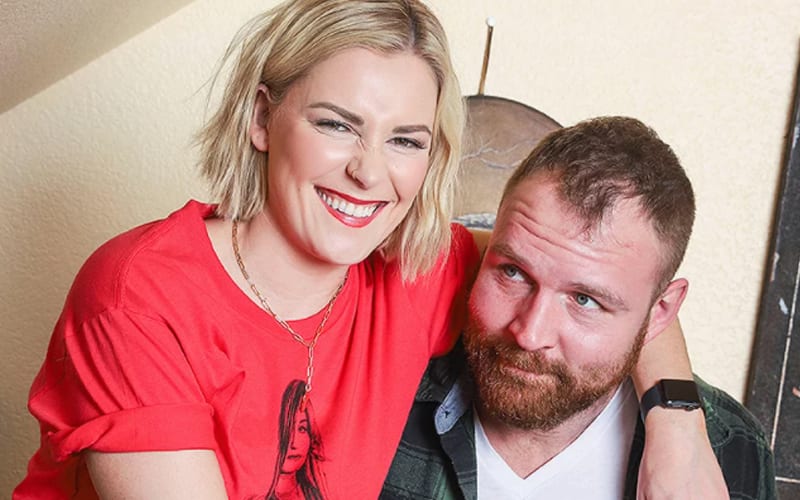 Jon Moxley casually announced that his wife was pregnant during a promo on AEW Dynamite. There were a lot of ways they could have announced that they were expecting, but Moxley had his own way. Renee Paquette got to reveal their baby’s gender.

Paquette sent out a gender reveal post where they cut open a cake to reveal whether they are having a girl or a boy. The cake was pink, so they’re having a little girl.

“It’s pink!” Renee Paquette happily posted as a caption to this Instagram drop. This is a very happy time for them, even if Moxley just lost the AEW World Title.

As of this writing, it has not been revealed how far along their pregnancy is. Renee did recently show off a bit of a baby bump, and you can check that out here.