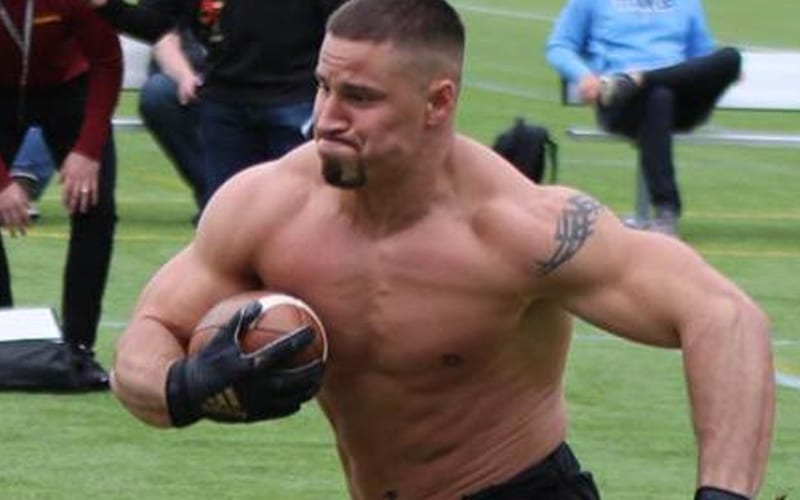 WWE could invite another multi-generational star onto the roster very soon. Bronson Rechsteiner, son of Rick Steiner, has his eyes on WWE now.

Bronson Rechsteiner was a running back for the Kennesaw State University football team, and he played for the Baltimore Ravens. He was waived from the NFL team, and now he is looking to join WWE.

He had a WWE tryout according to the Wrestling Observer Newsletter. It wasn’t noted how well it went, but he could be a great candidate for a Superstar of tomorrow

The 23-year-old is 6-foot and weighs 230-pounds. Those stats alone would turn a WWE scout’s attention. If you add in the fact that his father is a Steiner Brother, then that really sweetens the deal.

Bronson said that he’s open to the idea. He also said that he knows it will always be an option, one he might be taking right now.