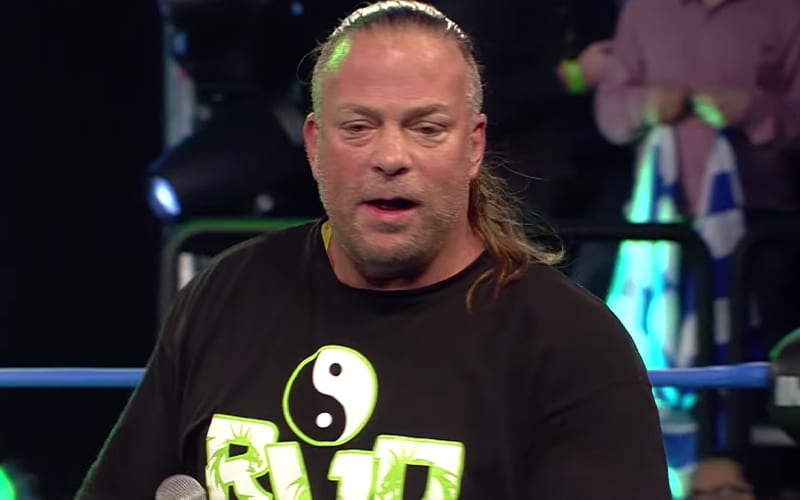 AEW has pulled in some big named in pro wrestling. They have yet to bring in Rob Van Dam. According to the Whole F’n Show, they aren’t talking.

While speaking to Thibaud Choplin, Rob Van Dam said that he hasn’t spoken to Chris Jericho or anyone from All Elite Wrestling. He is all about the money, and some fans don’t understand that business is business.

“I’m not in talk with Chris Jericho or anyone in AEW. I’m all about the money. You know, people don’t understand. Some fans are ignorant. They don’t understand it’s a business. Some people think that when I had the WWE belt and the ECW belt, I was in my prime, and they probably think that I wish I was still there. But now I make 20 to 30 times in one match what WWE was paying me at the lowest.

RVD is making much more per match now, but he also isn’t wrestling the demanding schedule that WWE used to put him through. There are a lot of places RVD could go in the pro wrestling world. An Impact Wrestling return isn’t out of the question either. AEW could bring him in for the right amount, but they apparently haven’t picked up the phone yet.