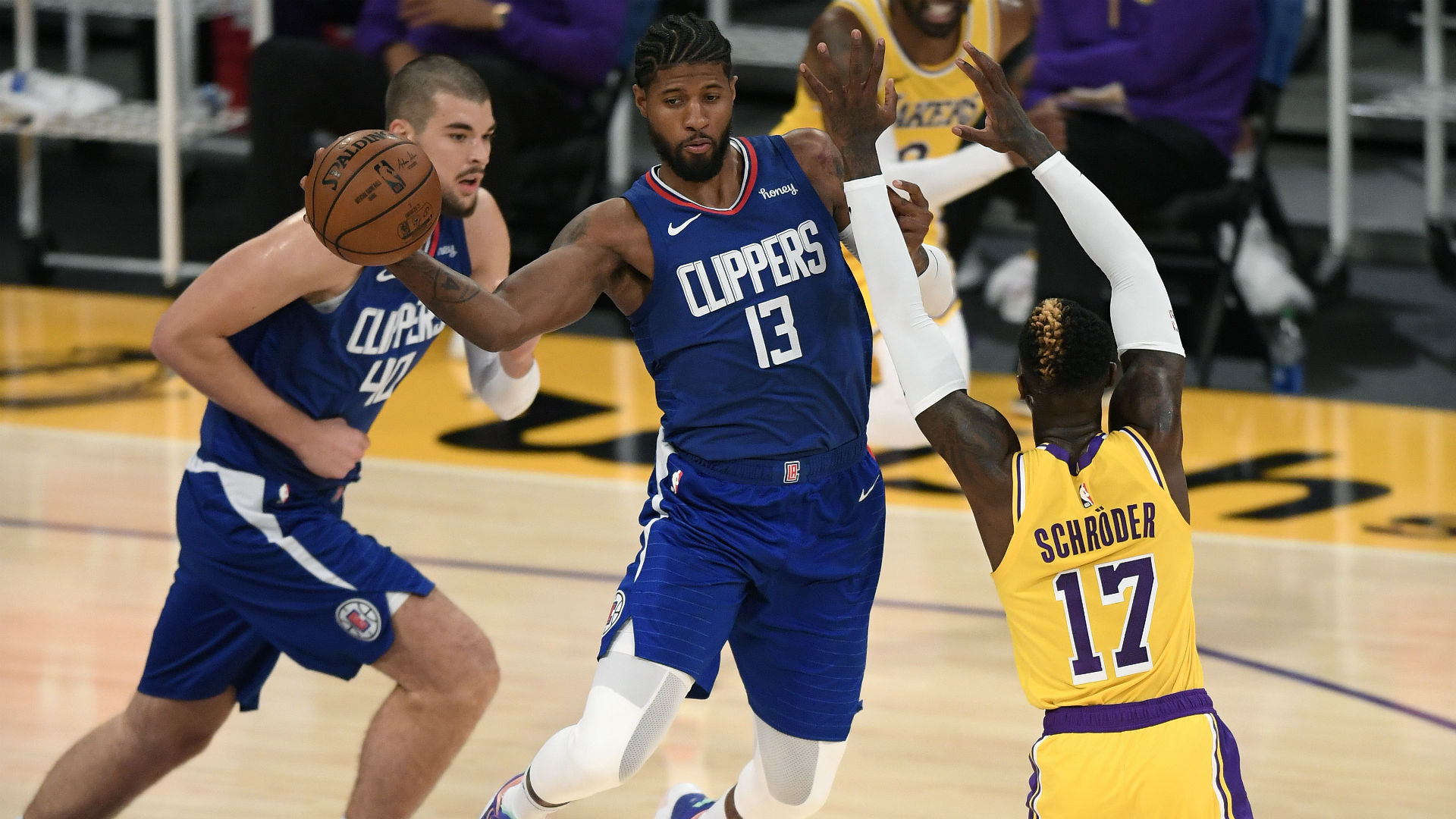 The Clippers weren’t interested in letting the Lakers’ championship celebration extend beyond their ring ceremony.

Paul George (33 points, 13-of-18 shooting) and Kawhi Leonard (26 points) guided the Clippers to a 116-109 victory over the Lakers in the second game of the NBA’s Opening Night doubleheader. The Clippers saw their 22-point lead dwindle to just two before halftime, but George’s steady scoring in the second half ensured they would start the new season 1-0.

“I just allowed the game to come to me. I thought I put a lot of just pressure on myself to score (in the first half),” George said during his postgame interview on TNT. “I got into a good rhythm of making plays for the team. That’s how I play. That’s how I catch fire. I let the game come to me. I took the shots when they were available. I didn’t press for shots. I thought that was the biggest thing. I didn’t press for shots.”

Sporting News provided live scoring updates and highlights from Lakers vs. Clippers. Check out all of the highlights you missed right here.

12:35 a.m. — The Clippers take Round 1 in the battle for Los Angeles. We won’t see these teams face off again until the second half of the NBA schedule is released.

12:20 a.m. — Good news: Kentavious Caldwell-Pope is back on the floor. He took a hard hit on a screen by Ivica Zubac, but he is no longer limping.

12:15 a.m. — Uh oh. Kentavious Caldwell-Pope is limping back to the bench. He appears to be grabbing his lower left leg.

12 a.m. — Paul George rattles off 10 straight points and pushes the Clippers’ lead to 11 ahead of the final frame. George and Kawhi Leonard each have 22 points.

11:50 p.m. — If Patrick Beverley is telling you to challenge the call, you probably shouldn’t challenge that call.

11:40 p.m. — A rough debut for Lakers center Marc Gasol, who has not taken a shot in 12 minutes of action. He leaves the game after picking up his fifth foul.

11 p.m. — Kawhi Leonard is familiar with the circle button.

10:50 p.m. — Both teams have been a little sloppy with the ball so far. The Lakers and Clippers have combined for 20 turnovers, and there are still six minutes remaining in the first half.

10:35 p.m. — The Clippers are cooking a lethargic Lakers defense. They shot 70 percent from the field and 50 percent from 3-point range in the first quarter.

10:25 p.m. — A hot start for Serge Ibaka. The Clippers big man has hit three of his first four field goal attempts and leads all scorers with eight points.

10:10 p.m. — And here we go. Clippers guard Patrick Beverley scores the first bucket of the game.

The Lakers will start Dennis Schroder, last season’s runner-up for the Sixth Man of the Year, at point guard in the season opener tonight against the Clippers, sources tell ESPN.