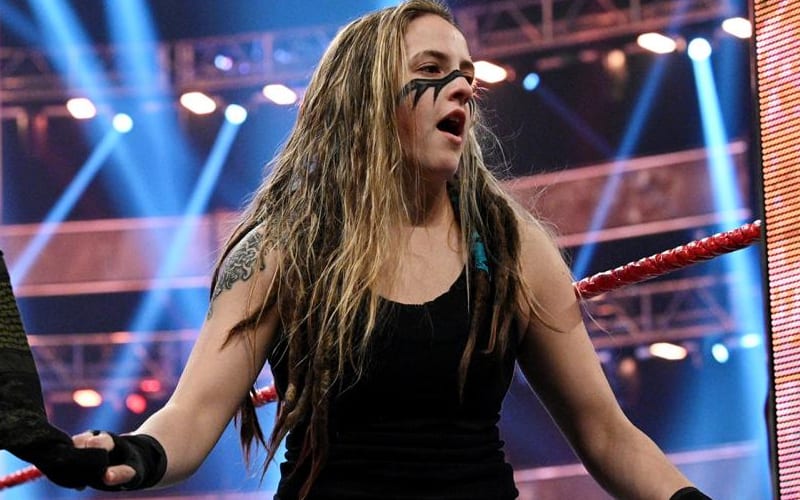 Sarah Logan was released from WWE on April 15th, and she soon announced she was leaving pro wrestling because she was pregnant. She hasn’t had her little Viking baby yet, but she’s already looking to get involved in pro wrestling again.

Logan recently spoke to Vickie Guerrero’s Excuse Me podcast where she spoke about a potential return to pro wrestling. She would love to be able to work out an arrangement where she can both be a mother and a pro wrestler. A part time schedule would work perfectly for her.

“If I’m able to finagle a way to comfortably have my kid on the road, I don’t see why I wouldn’t come back full-time. Me and [Erik] rent an RV and drive to each town, and Cash is with us… but I have a farm. My mom can only take care of it so much, so part of me is like, ‘I’ll come back part-time’. With WWE, you don’t really get to pick how you come back. I will come back to wrestling in some capacity, I’m sure of it. It’s pretty much all I’m really qualified to do.”

WWE had plans to bring Sarah Logan back to television after her release, but they nixed that idea; this was prior to her 90-day non-compete clause expiring and her pregnancy announcement. Sadly, she did not get another chance to perform on WWE television that time around.

You can never say never in pro wrestling, and Sarah Logan is certainly keeping her options open.