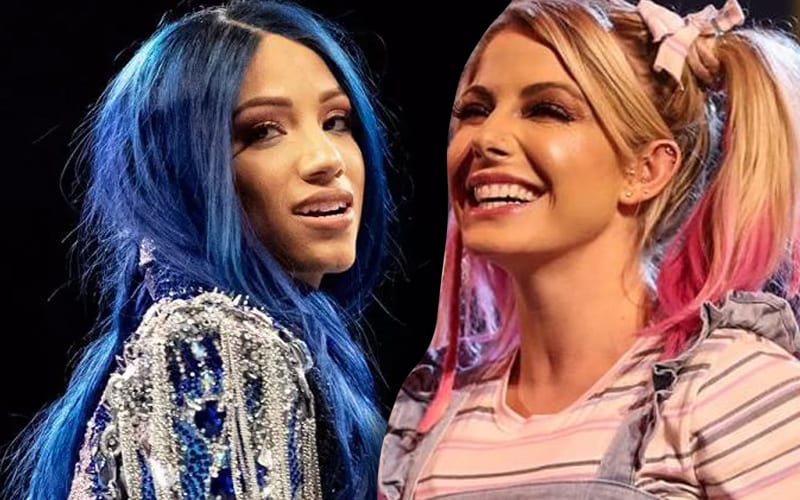 There are many stories going around about backstage heat in pro wrestling. Riddle is in the middle of many of those tales of issues backstage, but Alexa Bliss and Sasha Banks also had some apparent heat.

Stephanie Chase recently interviewed Sasha Banks and asked The The Boss a very interesting question. She asked Banks if she could pick another tag team partner, since her alliance with Bayley is over, who would it be? The Boss had a very interesting answer considering all of the stories going around about backstage heat with Little Miss Bliss.

“I would have to choose Alexa Bliss. She is so cute.”

Sasha Banks and Alexa Bliss’ heat goes back quite a while. Fans even spotted instances in the ring where Banks and Bliss seemed to go a bit harder on each other as well.

Alexa Bliss is in the middle of a very intense storyline with Bray Wyatt on RAW. Since Sasha Banks is still holding it down as SmackDown Women’s Champion odds are the two won’t get a chance to form that proposed team for quite a while.