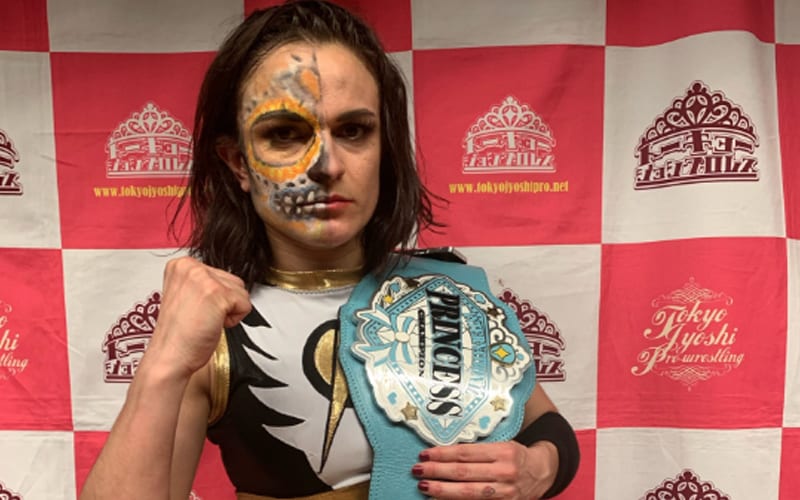 Thunder Rosa is the NWA Women’s World Champion and she has been able to defend that title in recent memory. The same is not true for another title she carried which had to be stripped from her.

Rosa’s reign as Tokyo Joshi Pro International Princess Champion is over. She couldn’t make it to Japan to defend her title. That didn’t stop her from promising that she will get back to Japan as soon as possible to take it back.

This really sucks! Since I won the championship in January I was not able to defend it due to the #COVID19 Unable to travel I have to reliquish my title. good [email protected] the next winner cause when all this is over I’m coming back to whip your ass

Thunder Rosa also released a video statement to fans from her home in Texas. The title obviously meant a lot to her, but nothing could be done to change the circumstances.

A new Champion will be crowned through a tournament with 8 participants, and the finals will be held at WRESTLE PRINCESS

Due to COVID-19 travel restrictions, Thunder Rosa was unable to defend her title. She was forced to relinquish it because she won’t be back to Japan in 2020. This was sad news, but she has even more motivation to make it back to Tokyo Joshi Pro when traveling is a bit easier and doesn’t require quarantine time.