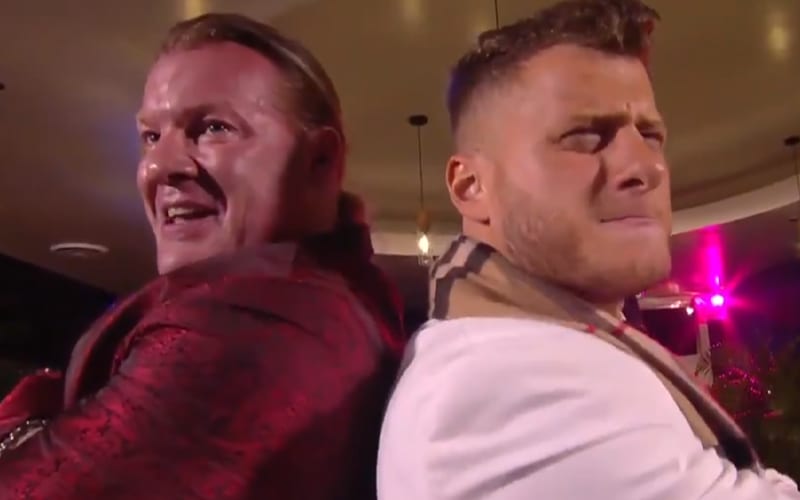 Chris Jericho invited MJF to a steak dinner, but nobody knew what to expect. What resulted was a musical performance that drew inspiration from something you’d find on Turner Classic Movies.

Click here for our complete coverage of AEW Dynamite.

MJF might have surprised a lot of people with his singing ability, but it’s a talent he keeps hidden for a reason. Of course, there was that appearance on the Rosie O’Donnell show when he was a kid that nobody will let him forget about.

Also, heels aren’t supposed to sing, but they did tonight. Le Champion and The Salt Of The Earth broke out into a musical number complete with a full dance routine as they waited for their blue rare steaks to “cook.”

When everything was said and done, there were plenty of mixed reactions, but that’s typical in pro wrestling. You can check out the clip below and let us know what you think.