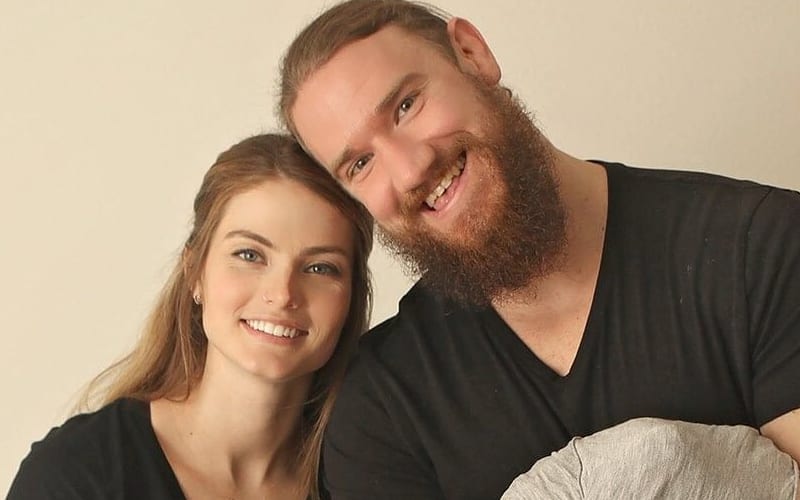 Wesley Blake just recently returned to WWE television as a member of Knights of the Lone Wolf. Now he has another happy occasion to celebrate.

Blake and former Tough Enough winner Sara Lee are expecting their third baby. They made the big announcement on Twitter along with posting a family photo.

Sara Lee won the sixth season of Tough Enough, but she retired from the ring without having much of a run in the ring. The couple was married on December 30th, 2017, Their daughter Piper was born on May 1st, 2017and they later had a son named Brady in March 2019.

Congratulations to the growing family from everyone here at Ringside News!