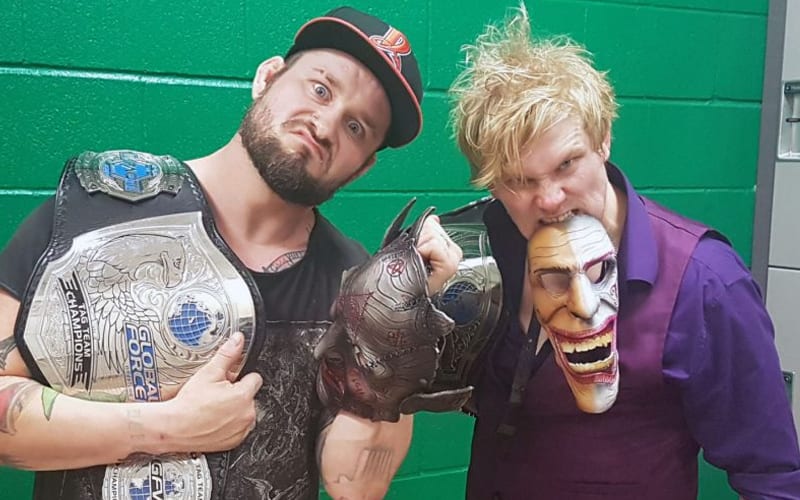 Dave Crist was called out as part of the #SpeakingOut movement. There were awful allegations of abuse, and he was fired from Impact Wrestling. His brother Jake Crist didn’t leave Impact Wrestling until just recently. Jake Crist claims that he suffered because of his brother’s situation.

While speaking to Wrestling Inc, Jake Crist said that he was a victim of being associated with his brother Dave Crist. He didn’t do anything to be a part of those allegations, but Impact Wrestling still stopped booking him.

“I was a total victim of Cancel Culture of not doing anything wrong,” Crist stated. “What I’m all about is going to the show, performing to the best of my ability, trying to have the fans walk out becoming a fan of Jake Crist. I immediately get in the car, come home to my wife and my two children.”

“That’s legit. I’ve never been a part of one of those ‘good old boys’ that want to go around and mess around with all the ‘rats’ and so on and so forth. I’ve never been a part about that. Will I stay at the bar and have a drink or two to chat with the fans? Absolutely, but as far as I’m concerned, I would rather just go there, do my job to the best of my ability and get home to my kids.”

Jake Crist is now free to go elsewhere after leaving Impact Wrestling. Dave Crist hasn’t been seen in a long time. We’ll have to see if there is ever an oVe reunion, but Sami Callihan is staying with Impact Wrestling for a lot longer than his former associates.