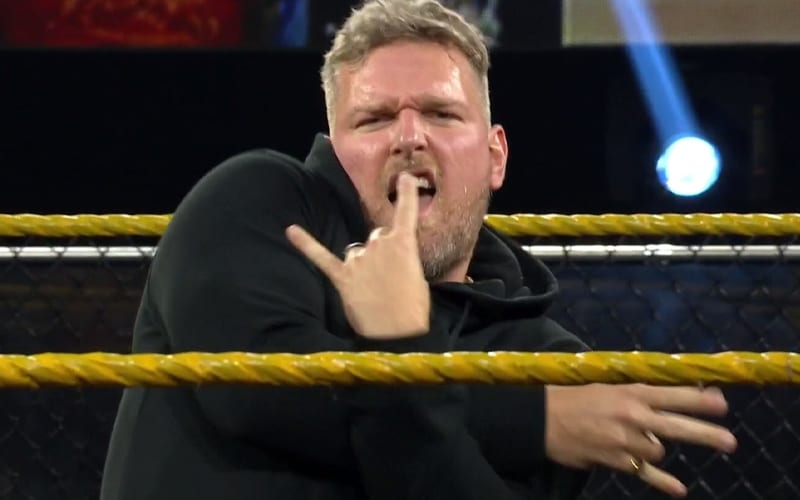 WWE NXT featured Pat McAfee in some spotlighted roles. Then he disappeared after NXT TakeOver: WarGames. It was then reported that NXT pulled McAfee from television, a decision that was not his to make.

Pat McAfee actually joked about being “fired on Christmas” by WWE. Then he received an offer to join Retribution.

During Wrestling Observer Radio, Dave Meltzer brought up Pat McAfee’s current situation. He said that McAfee was pulled from television because NXT didn’t want to rely on him too much. Truth be told, Pac McAfee could be doing great work on the WWE main roster.

“I don’t think they wanna rely on Pat McAfee to be all over the show — he’s really good — honest to god, I think he should be doing guest spots on RAW, I really do because it’ll — whatever, like I’m not saying he’s a big time celebrity, but he’s a real NFL player who will get, it nothing else, get them that sports publicity that everybody’s trying to get, and it’s very difficult to get, and he’s good. If he wasn’t good! If he wasn’t good, I’d say get rid of him, but he’s unusually good.”

“It’s better in smaller doses,” he said. It was also noted that “he did nothing wrong, and there’s no heat.” There’s no animosity, “they just wanted him off [TV] for a little while.”

We’ll have to see what happens with Pat McAfee next. NXT might have made the call to pull Pat McAfee from their active roster because he was outshining the rest of their roster. CM Punk certainly seemed to think that as he tweeted out about the situation.