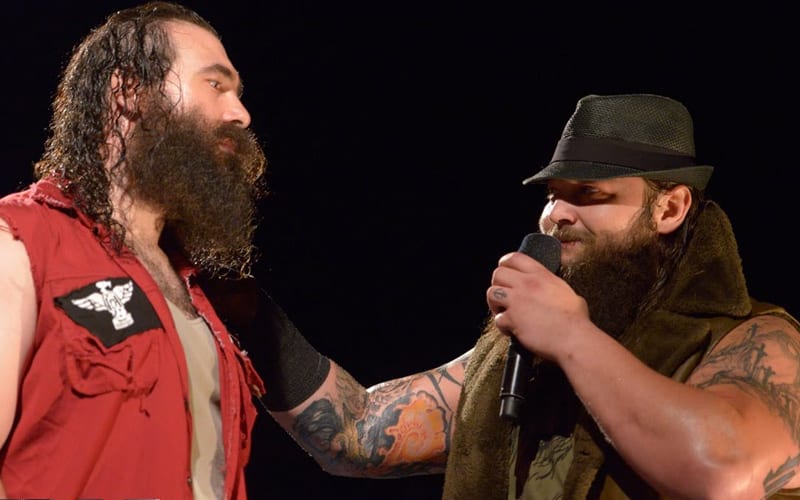 Bray Wyatt led Brodie Lee when he was Luke Harper. They were members of the Wyatt Family, and that is how most fans first got to know them. The faction split up, but the brotherhood between them did not diminish.

Wyatt didn’t post immediately following the news of Brodie Lee’s death. He took his time and composed a lengthy tribute about the deep bond that he shared with his best friend. They were with different companies at the time of Brodie Lee’s passing, but Bray Wyatt will never forget those times they shared.

You were my best friend. My brother, my partner, my Terry Gordy. We changed this whole game because we refused to do it any way but OUR way. We were always at our best when we were a team I think we both knew it. We fought like brothers because we were. I’m so goddamn pissed. This isn’t how it was supposed to be, it was supposed to be us fat, bald and useless running Wyatt Family spots in high school gyms in our 70’s. Where do we go now? What do I do knowing I’ll never hear your condescending sarcasm as I am riding high. I miss you so fucking much already. I would do anything just live through our worst moments again I can’t believe you’re gone. I’m so sorry brother. I’m so sorry. You will always be a part of me, whether I like it or not without you everything is different and I hope Amanda truly knows that I am here not just to say it but because I love them too. I will make sure your son knows the incredible man you were. Not the legends people will tell but the real you that very few people got to see. I promise I’ll put him over clean in dark matches when he’s old enough just like I promised. 😉I’m hurting so bad. I wish I had a chance to say goodbye. But then again, it’s Saturday and you know what that means…. save me a seat next to you wherever you are, that’s where I belong. I’ll be there when it’s my time. Goodbye forever Brodie. I love you

The entire pro wrestling world reacted in sadness when news of Brodie Lee’s death hit. Bray Wyatt and Brodie Lee got extremely close as they Followed The Buzzards and made one town at a time, establishing themselves with the WWE Universe along the way. Bray, like so many others, wishes he had a chance to say goodbye.