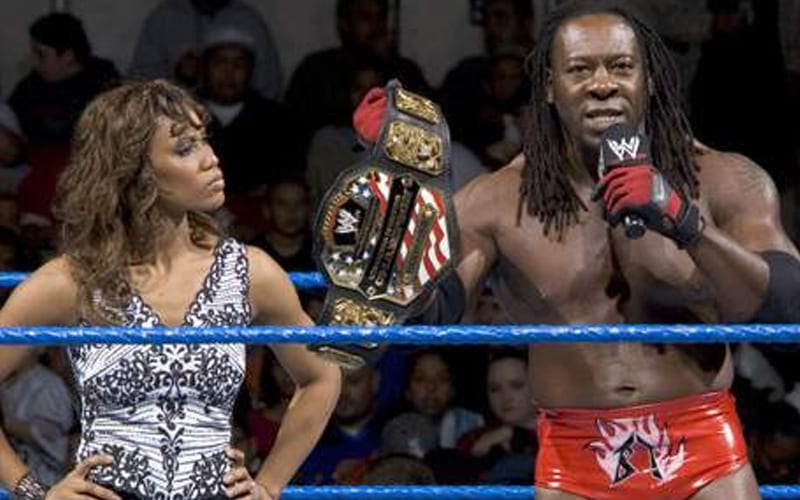 Booker T is a two-time WWE Hall of Famer, and he created many memories in the squared circle. He became King Booker and Queen Sharmell was by his side. It turns out that WWE gave him that gimmick so he wouldn’t quit.

“I was gonna quit WWE back in 2005, 2006 I was leaving because Sharmell and got married and I didn’t want to be on the road and I talked to them about it. They said, ‘why don’t we hire Sharmell?’ I was like, ‘that’ll solve a whole lot.’ So, they hired Sharmell and she came on the road.”

Booker T said that the King Booker and Queen Sharmell thing “manefested” itself because he treats Sharmell like a queen anyway. WWE creative got the idea to make Booker T a king because Sharmell wore gowns and the idea worked.

If WWE didn’t think on their feet and hire Sharmell, then Booker T would have likely quit WWE to focus on his life at home. Either way, Sharmell was treated like a queen.