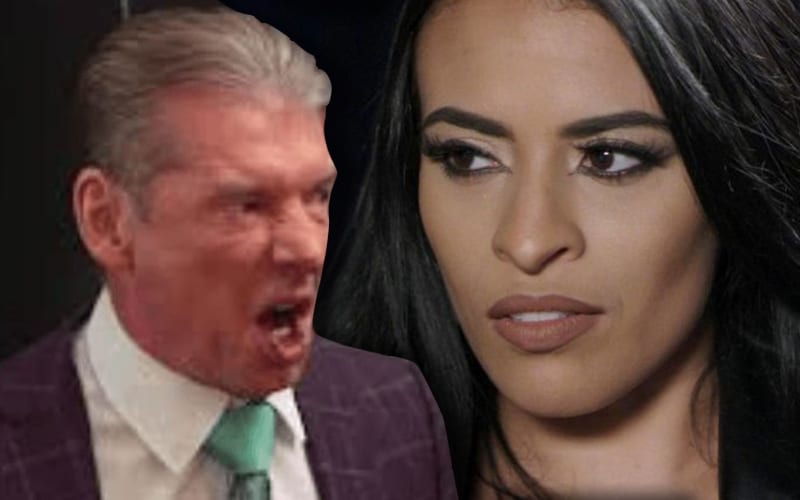 Vince McMahon is a very busy man, and the 75-year-old chairman is hard to get a meeting with. Some Superstars are forced to wait a very long time in order to score some face time with him. Zelina Vega was denied an exit meeting with McMahon, but that wasn’t a big surprise. It is still worrisome that Vega was released under such circumstances.

Zelina Vega was released from WWE after she refused to close down her third party accounts. She also opened up an OnlyFans after WWE’s third party ban was handed down.

Fightful Select reports that Superstars they’ve spoken with are not surprised that Zelina Vega was denied an exit interview. In fact, it’s pretty much impossible to meet with McMahon as it is.

It was said that “virtually everyone” asked about this relayed stories about planned meetings getting delayed weeks. The practice of waiting by Vince McMahon’s office for hours just to get face time with him were also told. It was also said that Vega’s firing doesn’t “instill a lot of confidence” in the locker room.

One wrestler noted that it didn’t instill a lot of confidence in them that Zelina had an actual concern over a hot button issue and wasn’t heard out, and was promptly fired.

A Raw talent reportedly said that over the last nine months there has been a “shift.” Now WWE is not only releasing disgruntled Superstars, but they are also releasing those talents with an “upside.”

It was previously reported that Vince McMahon is allegedly dealing with health issues. Jim Ross also recently stated his worry about Mr. McMahon’s current health considering the continued high volume of his workload.