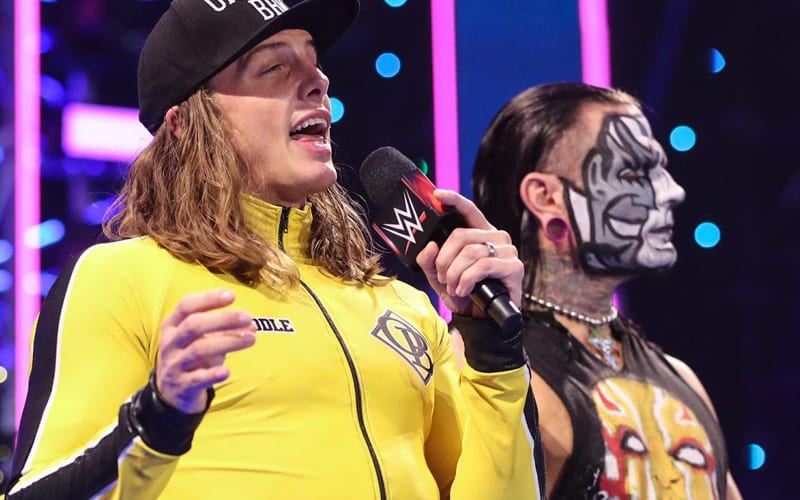 WWE paired Matt Riddle up with Jeff Hardy. Ironically, the company took away Riddle’s first name prior to putting him with Jeff, because that would have created another Matt & Jeff team in the company.

The Hardy Bros are a thing, and they’re not going away. According to Heel By Nature, the company filed a copyright on the tam name on December 23rd.

The new copyright for the Hardy Bros is for “entertainment services, namely performances by a professional wrestler.” It was officially entered into the USPTO database on December 26th.

Jeff Hardy and Riddle’s team doesn’t have to last forever, but at least WWE has secured their name just in case they want to market it further.