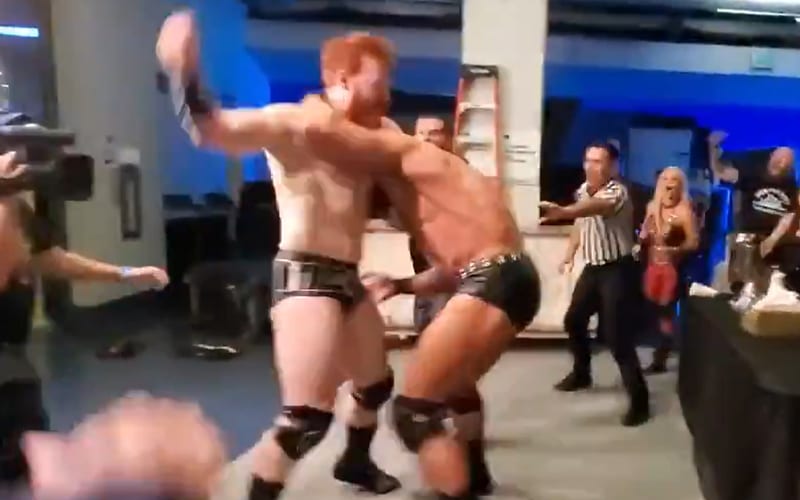 Sheamus and Drew McIntyre’s friendship finally came to a boiling point this week on Raw. They brawled in catering and destroyed the backstage area. Drew Gulak seemed to enjoy the show.

While Sheamus and McIntyre were getting physical backstage, Drew Gulak took the opportunity to pull out his cell phone and start recording footage. That’s what you do when a fight breaks out in 2020, and Gulak is very much up on the times.

Gulak shouted out encouragement for both wrestlers as they slugged it out backstage. Then they put Pat Buck through a table. This was a pretty intense moment, and seeing it from a cell phone camera gives fans a better idea about what was going on.

“There was a big fight at work today!” Drew Gulak commented on the video before tagging WorldStarHipHop, an outlet known for making fight videos go viral.

It’s a good thing they picked tonight to tear up the Amway Center, because this week’s Raw was their final show in the Orlando Arena for now.