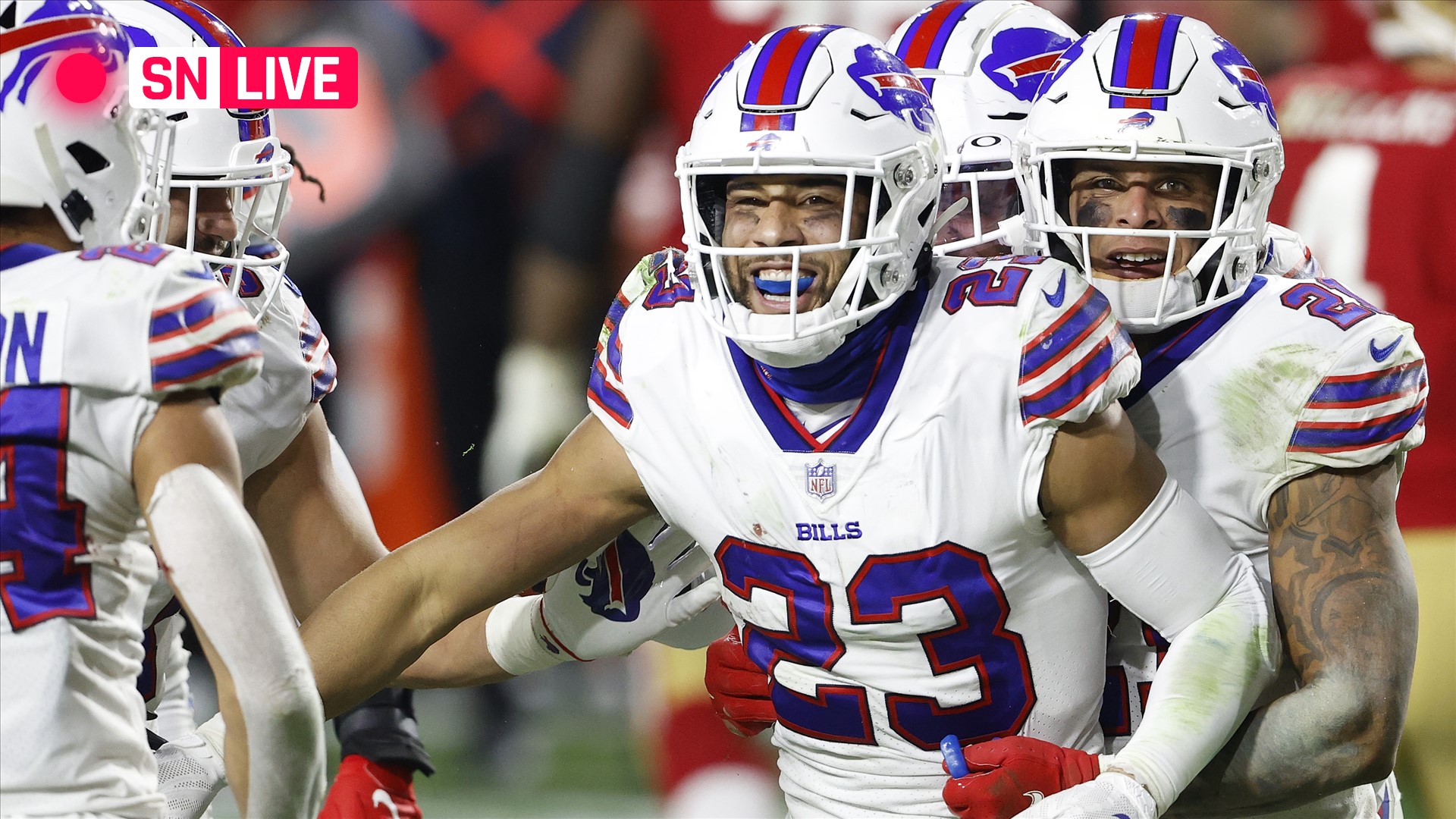 The 49ers (5-6) still have a path to the NFL playoffs, but they’ll need a win Monday night against a tough Bills team to keep their pursuit of that destination realistic.

But the Bills (8-3) hold one of the most comprehensive set of scoring threats the 49ers will encounter through the remainder of the season. Josh Allen’s dual-threat ability and connection with offseason acquisition Stefon Diggs could threaten to turn Monday’s contest into a shootout San Francisco can’t handle.

Sporting News is tracking live scoring updates and highlights from 49ers vs. Bills on “Monday Night Football.” Follow for complete results from the NFL Week 13 game.

11 p.m.: Allen rushes for six yards up the middle. The Bills are in clock-eating mode — less than five minutes remain on the clock.

10:54 p.m.: INTERCEPTION. Tre’Davious White ices the game with a pick at the edge of the end zone.

10:49 p.m.: A catch by Kendrick Bourne was ruled a touchdown on the field, but it appears a review will mark him at the 1.

10:47 p.m.: Buffalo is sitting back in zone right now trying to force San Francisco to run down the clock. So while the 49ers are now past midfield, a drive of at least eight plays isn’t the worst thing for the Bills.

10:35 p.m.: The 49ers finally put pressure on Allen and almost force a turnover in the process. Allen drops the ball but Buffalo recovers the fumble.

10:30 p.m.: TOUCHDOWN, 49ers. Deebo Samuel finally gets involved to move the ball downfield. Kyle Juszczyk adds the finishing touch to get the 49ers back in the game. 27-17, Buffalo.

10:16 p.m.: INTERCEPTION. Micah Hyde makes a heads-up snag of a deflected pass, then takes the pick inside the 10.

10:10 p.m.: Allen sells a roughing the passer call to perfection.

10:06 p.m.: Allen connects with Diggs for a first down. The play gives Diggs 1,000 receiving yards this season.

9:57 p.m.: FIELD GOAL, 49ers. The Coleman play kept the team from extending its drive, but it manages to pull within one possession of Buffalo with the help of kicker Robbie Gould. 17-10, Buffalo.

9:54 p.m.: Tevin Coleman is dropped for a nine-yard loss on a toss play. It’s rare for a run to be that negative.

9:42 p.m.: Some halftime stats while we’re waiting: Josh Allen threw for 236 yards and two scores in the first two quarters, and Cole Beasley racked up 113 of those yards through the air. Both teams were denied on fourth-and-goal opportunities. The Bills’ defense stepped up in the second quarter, forcing a pair of punts while keeping San Francisco off the scoreboard.

9:34 p.m.: Allen is dealing right now. He connects with Beasley to move to the edge of field goal range.

9:24 p.m.: Two-minute warning. San Francisco is at midfield and has enough time to stage a tying drive to close the second quarter if it keeps moving the ball.

9:12 p.m.: Richard Sherman commits an illegal contact infraction trying to keep up with Diggs that wipes out a 49ers interception. The Bills are at midfield.

8:58 p.m.: TOUCHDOWN, Bills. Beasley settles into an open pocket of space just past the goal line and Allen hits him before the coverage can recover. 7-7.

8:57 p.m.: Buffalo has another first-and-goal. The last time the Bills were inside the 10, they turned the ball over on downs.

8:44 p.m.: The Bills come up with a stop of their own! San Francisco’s fourth-and-goal rush attempt from the 1 is short.

8:37 p.m.: Nick Mullens finds Jordan Reed on a deep post route after a couple of nice runs from Raheem Mostert. The 49ers are in position to take the lead.

8:34 p.m.: A pass interference call on Bills defensive back Levi Wallace advances the 49ers beyond their own 10.

8:29 p.m.: Singletary returns for third-and-goal as Allen spins the ball to Diggs out wide. Diggs is tackled before the goal line.

8:24 p.m.: Beasley is back in the ballgame. Singletary is jogging on the sideline.

8:23 p.m.: Beasley and running back Devin Singletary have both checked out with injuries. They’re being evaluated.

8:18 p.m.: Cole Beasley catches a screen and weaves for a first down. Then he goes long and catches a ball up the seam for 31 yards.

​49ers vs. Bills is scheduled to start at 8:15 p.m. ET, the normal “Monday Night Football” time, but it is not the only game on Monday. Washington at Steelers preceded this game, beginning at 5 p.m. ET on Fox.