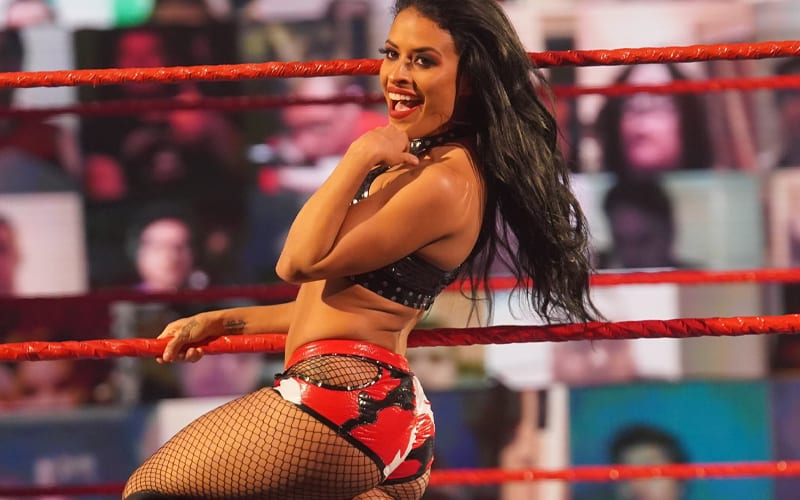 Zelina Vega was moved over to SmackDown and she has intentions on making her way to the top of the roster. WWE recently posed a question asking fans to stack their own SmackDown roster, and Vega had to pitch in her opinion.

Vega was moved over likely because Aleister Black was sent to the blue brand as well. Ringside News exclusively reported that WWE did their best to keep couples together.

When WWE asked fans to stack their own SmackDown roster, Vega chimed in and said: “How great would that #Smackdown Women’s Championship look around my abs.”

It appears that Zelina Vega’s eyes are set on the blue brand’s Women’s Title. Bayley has a date with Sasha Banks inside Hell In A Cell on October 25th. The Boss n Hug Connection might not be done with their feud for a while, but Zelina Vega will be first in line when the dust settles.