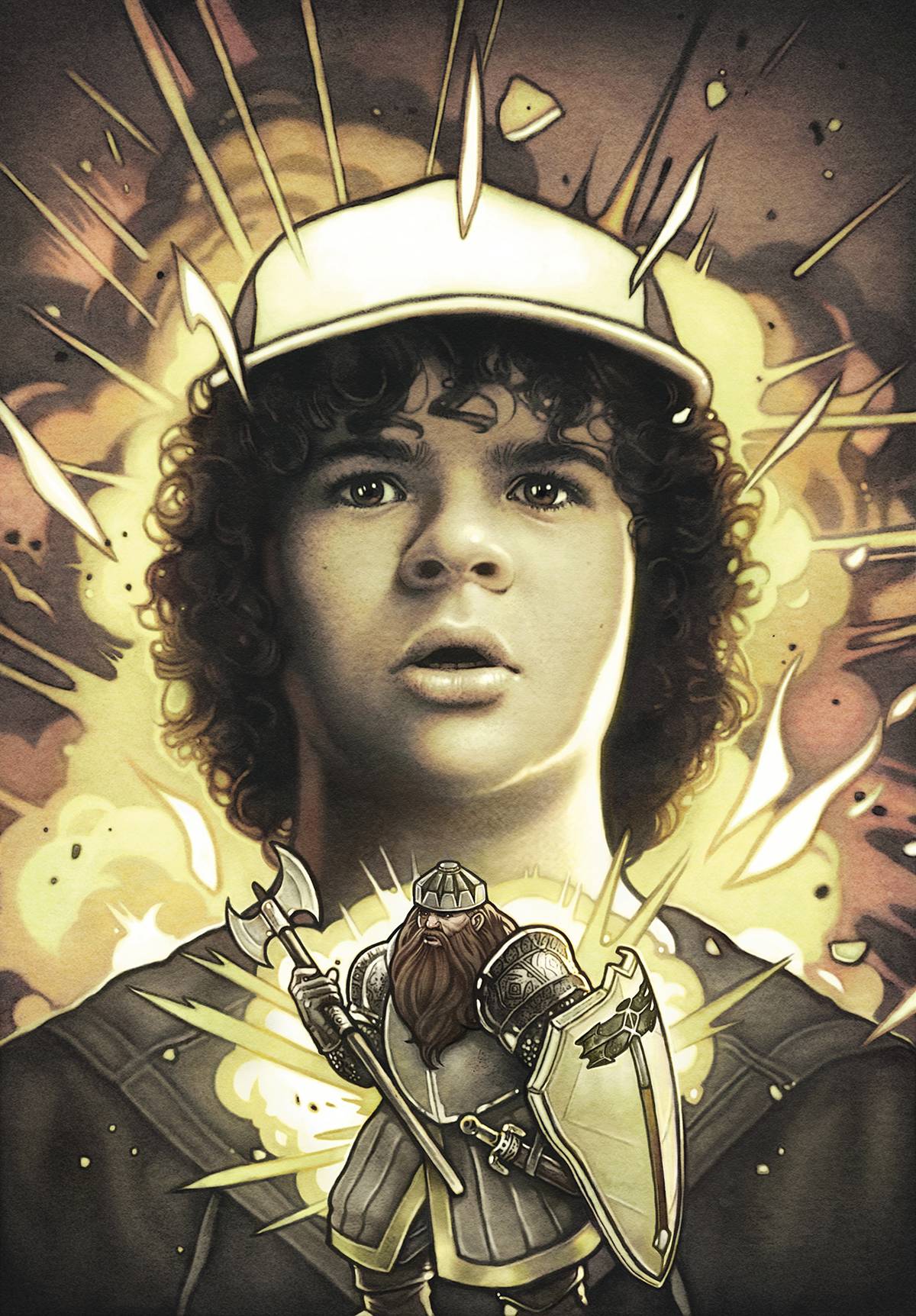 This book allows us to see these characters between events in the series in a unique way. Here the team focuses on trying to help Will get through his post traumatic stress after having been in the upside down. He is helped by his friends through a return to playing dungeons and dragons, including sparing Will’s character in the game from death and helping make him the hero of the story. More than anything this allows a chance for the characters to interact and show how they care for each other and are able to work through the trauma.

The plot of the story is a bit simple but tells an incredibly important chapter of the Stranger Things saga. The ability of this fellowship to bring Will back into the world of the living, to be able to experience joy, imagination and friendship once more is a key part of the story that we never saw play out on the screen. The healing feels organic and really builds up the bonds between the friends.

It is a bit odd having a Stranger Things story with such little female presence, but it is just a peek into one aspect of the story and is a fun one at that. The hope is that we can get more series like these, that expand on character moments and adventures focusing on the main cast rather than using the comics to build up the mythology aspects that are often too dull to carry a series. In the end the mythology is fine but it’s the friendships that bring us back to Stranger Things.