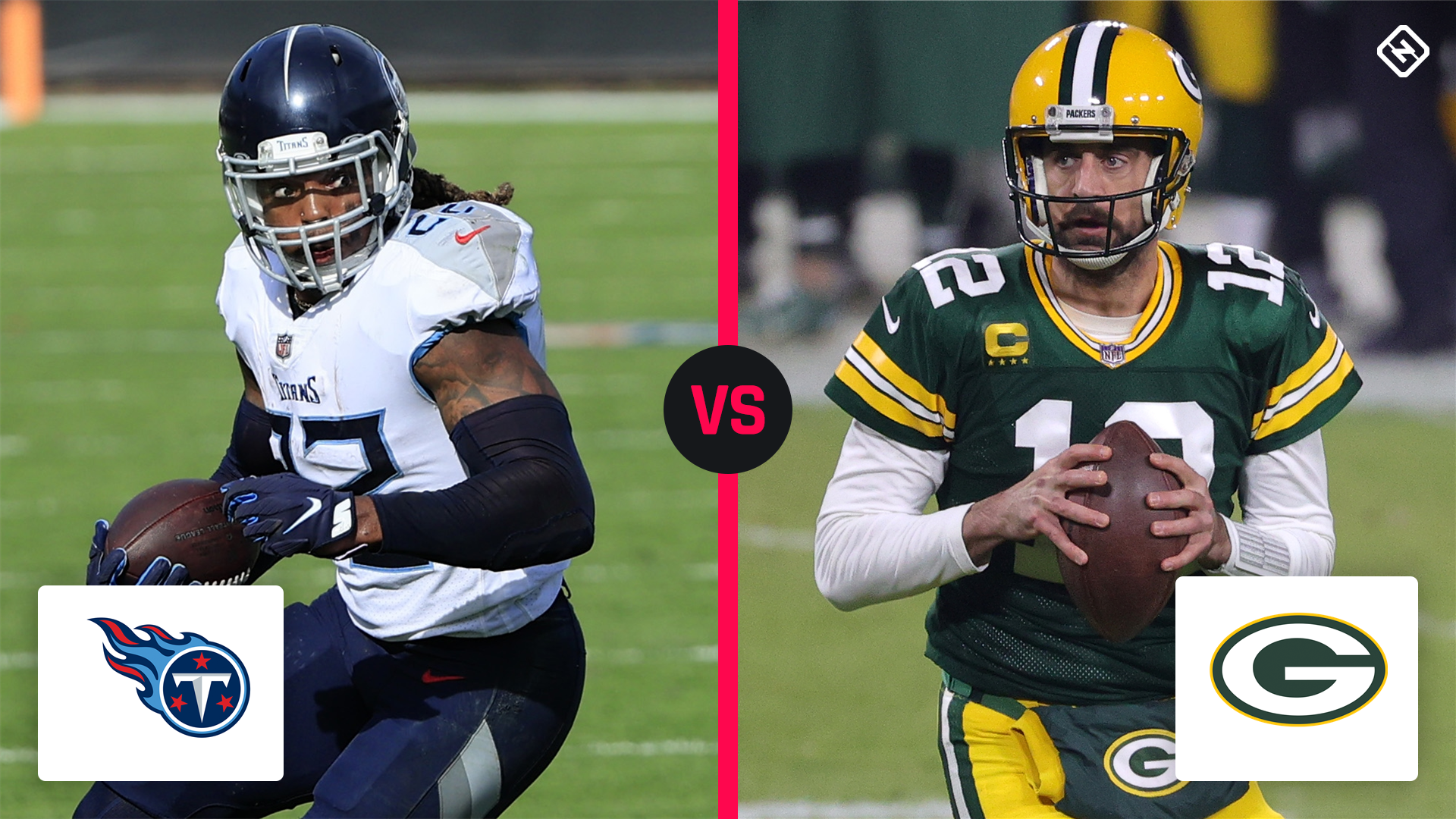 Two Super Bowl contenders, each led by an NFL MVP candidate, will go head to head on “Sunday Night Football” in Week 16 when the Packers face the Titans at snowy Lambeau Field.

Green Bay (11-3) is the betting favorite to make it out of the NFC and is led by Aaron Rodgers. The veteran quarterback may be 37, but he hasn’t showed any signs of aging this season. He leads the NFL with 40 touchdown passes, to just four interceptions, and he has a chance to make his case for MVP on national television.

Standing in his way are Derrick Henry and the Titans (10-4), who may not be favored to get past the Chiefs in the AFC but are still plenty dangerous. Henry leads the NFL in rushing attempts (321) and rushing yards (1,629) and is second with 15 rushing TDs. Henry’s physicality allows Tennessee to control time of possession and wear down opposing defenses. It also makes Ryan Tannehill much more dangerous in the passing game off play-action.

The Packers have already locked up the NFC North title and are looking to secure home-field advantage throughout the playoffs. The Titans haven’t quite secured the AFC South, but thanks to the Colts’ loss to the Steelers on Sunday, Tennessee can clinch the division with a victory.

Sporting News is tracking live scoring updates and highlights from Packers vs. Titans on “Sunday Night Football.” Follow below for complete results from the NFL Week 16 game.

10:51 p.m. — TURNOVER ON DOWNS. Tennessee gets down to the Green Bay 9-yard line, but Tannehill’s pass on fourth and 4 falls incomplete. Packers take over at their 9-yard line with 8:28 remaining.

10:43 p.m. — INTERCEPTION. Well, that didn’t last long. Rodgers throws just his fifth pick of the season as Malcom Butler snags it and gives the Titans the ball back at their 37-yard line with 12:24 remaining.

10:39 p.m. — INTERCEPTION. Tannehill is picked off for the second time tonight, this time by Christian Kirksey. Green Bay takes over at its 43-yard line with 14:48 left in the fourth quarter.

10:14 p.m. — Titans punt. Tennessee goes three and out this time and the Packers get the ball back at their 26-yard line with 9:23 left in the third quarter.

10:02 p.m. — TOUCHDOWN, TITANS. Just the fast start Tennessee needed to start the second half. Ryan Tannehill keeps it on the read option and runs it up the gut untouched for a 45-yard TD to make it 19-14 with 12:01 left in the third quarter.

9:36 p.m. — TOUCHDOWN, TITANS. A huge drive for Tennessee is capped off with a 12-yard TD pass from Tannehill to Jonnu Smith. Green Bay’s lead is cut to 19-7 with 37 seconds remaining in the first half.

9:25 p.m. — TURNOVER ON DOWNS. Tennessee blocked a 35-yard field goal attempt and returned it to the Green Bay 10-yard line, but was flagged for offsides. Instead, the Titans will have to settle for forcing a turnover on downs after sacking Aaron Rodgers for a 17-yard loss on fourth down. Tennessee takes over at its 29-yard line with 4:16 to play in the half.

9:13 p.m. — Titans punt. Tennessee is in trouble. The Titans’ offensive line isn’t built to pass protect in obvious passing situations and it showed as they went three and out on that drive. Green Bay gets the ball back at its 45-yard line with 9:01 remaining in the first half.

9:07 p.m. — TOUCHDOWN, PACKERS. Rodgers goes over the top to Adams from 7 yards out for the duo’s second TD connection of the half. Green Bay leads 19-0 with 10:46 left to play in the second quarter.

9:00 p.m. — INTERCEPTION. Ryan Tannehill’s pass on third down is picked off by Darnell Savage. The Packers take over at the Titans’ 34-yard line with 13:30 remaining in the second quarter.

8:54 p.m. — TOUCHDOWN, PACKERS. Rodgers gets time in the pocket and goes over the top to Equanimeous St. Brown for the easy 21-yard TD. Aaron Jones can’t get in on the 2-point conversion, Green Bay leads 12-0 with 14:54 left in the second quarter.

8:40 p.m. — Titans punt. Tennessee gets all the way down to the Green Bay 32-yard line, but elects to punt instead of attempting a 50-yard field goal in the heavy snow. A touchback gives the Packers the ball back at their 20-yard line with 5:48 left in the first quarter.

8:30 p.m. — TOUCHDOWN, PACKERS. Who else? Aaron Rodgers throws it out to Davante Adams in the flat, who beats his man and takes it in for the 5-yard TD. Mason Crosby misses the PAT, Green Bay leads 6-0 with 9:55 left in the first quarter.

8:23 p.m. — Titans win the toss. They’ll defer and the Packers will receive to start the game.