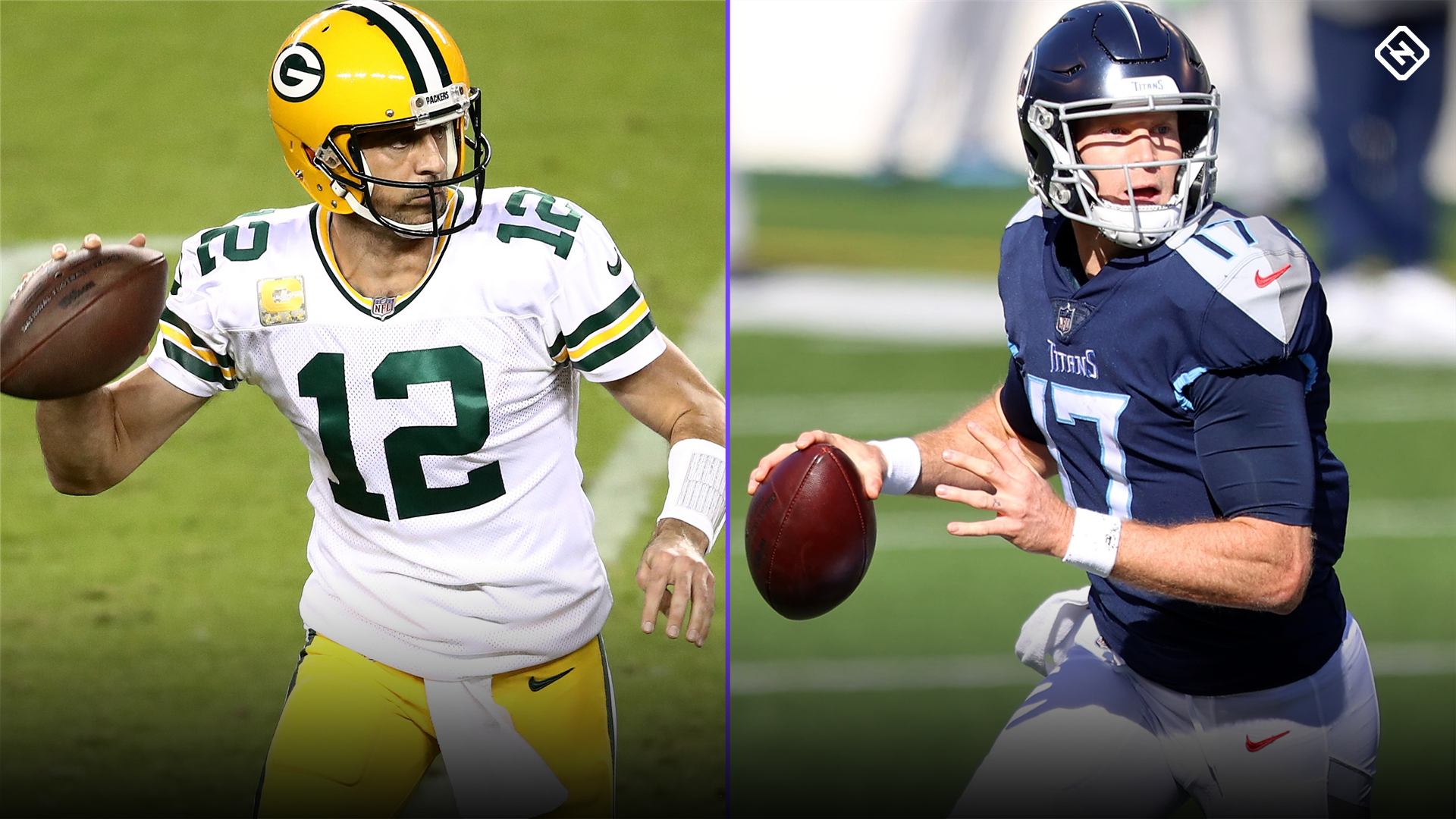 When the Packers (11-3) host the Titans (10-4) in Lambeau Field on “Sunday Night Football” (8:20 p.m. ET, NBC, two division leaders from different conferences will try to strengthen their playoff positions. Green Bay is trying to work toward locking up the top seed and home-field advantage in the NFC. Tennessee is looking to hold off Indianapolis to win the AFC South.

Aaron Rodgers and Ryan Tannehill make for a pretty good quarterback duel, but the marquee shines brightly on the running back matchup of Aaron Jones and Derrick Henry. Both teams have struggled against backs rushing and catching passes all season.  That should lead to a high-scoring affair with mostly shaky secondaries and inconsistent pass rushes, too.

Here’s everything to know about betting on Packers vs. Titans in Week 16, including updated odds, trends and our prediction for “Sunday Night Football.”

The Packers opened about a half-point more favorites but the Titans have gained some late momentum as they try to play ball control to deliver the mild upset. The Titans are a very strong road team at 5-1 and the Packers have fallen at home to the Vikings this season.

— 52 percent of spread bettors like the Titans to keep it closer or outright win.

Henry vs. the Packers’ run defense

On paper, Green Bay is pretty good against the run but that is its main defensive weakness on the second level. The Packers have tightened up of late but they struggle against elite backs. Henry will have no problems hammering away to set up Tannehill for effective downfield passing.

Jones vs. the Titans’ run defense

Jones will be running without tag-team partner Jamaal Williams, who will be missing the game with a quad injury. Rookie A.J. Dillon will get some work, but Jones should be a workhorse in this critical game. The Titans are No. 15 against the run, four notches lower than Green Bay.

The No. 2 wide receivers

Davante Adams and A.J. Brown are dangerous all-around threats, from deep to the red zone. But don’t forget about Marquez Valdes-Scantling and Corey Davis, who have both made plenty of big plays on the other side. MVS has a better matchup than Davis, who might see Jaire Alexander.

276.0. That’s how many passing yards per game the Titans give up on average, No. 28 in the league. They have been destroyed on the back end especially in the past three weeks, with that number ballooning over 300. Rodgers should do damage everywhere except trying the slot vs. Desmond King.

Rodgers will rebound from a modest home game against the Panthers in Week 15 to exploiting all of the Titans’ weaknesses with no pressure in his face. The Titans run often to keep it close and limited Rodgers’ chances, but he still ends up getting one too many.