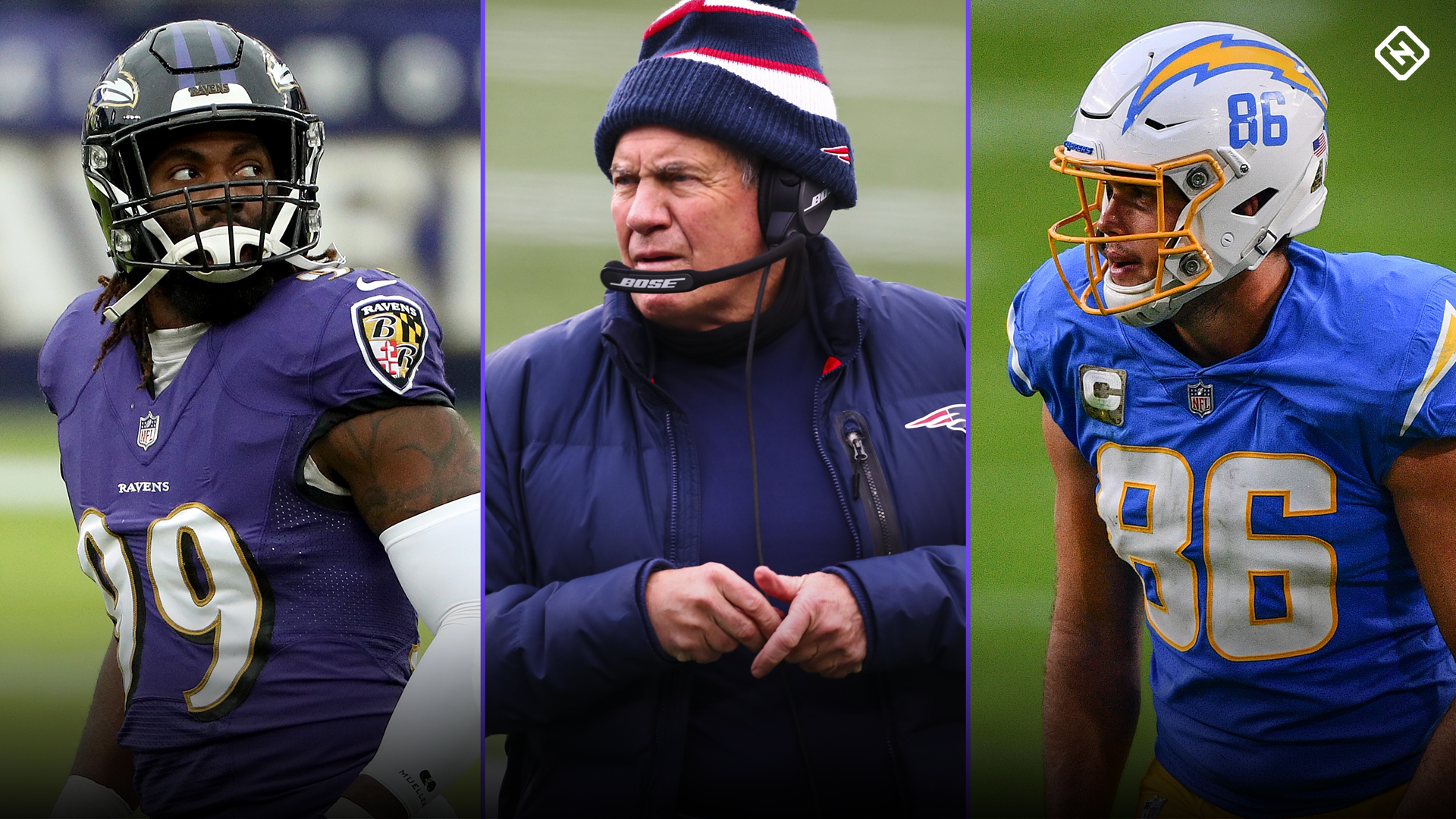 Bill Belichick and the Patriots had plenty of money under the salary cap to spend in 2021 NFL free agency. They weren’t about to let Tom Brady and the Buccaneers own the spotlight in the open market.

While Tampa Bay has worked to keep a lot of key pieces from its Super Bowl 55-winning team, New England has gotten busy trying to overhaul its roster. Since the decision to re-sign QB Cam Newton for one year at $14 million late last week, the Patriots have focused their resources on upgrading offense more than the defense.

That makes sense, as they were both No. 27 in yardage and scoring last season. Lowlighted by up-and-down play from Newton in a unfamiliar scheme, it’s the biggest reason why the Patriots finished 7-9 in 2020, ending their 11-season playoff streak that was tied to Brady. At the same time, defense and special teams now have become a stronger backbone.

But how much quality did the the Patriots get from the high early quantity of free agents? Here’s a look at whom New England added and grading how it did overall:

What has been the Patriots’ best move in NFL free agency?

They waited until the morning after the first wave, but it was grabbing Henry, the best tight end available, to pair with Smith. They first tabled their pursuit of replacing Rob Gronkowski at tight end, choosing to only draft Dalton Keene and Devin Asiasi. Now they have a player who best resembles Gronkowski’s skill set as an inline blocker and athletic receiver when healthy at a Gronk-like 6-5, 250 pounds.

Smith would have been OK alone as an upgrade, but Henry puts the Patriots over the top in the potential usage of impactful “12” (two tight end) personnel again, knowing Newton operates best with at least one tight end as his true go-to guy.. Henry and Smith also come from strong running systems which will give Josh McDaniels good down-to-down versatility for his play-calling out of similiar looks and support Newton in another way.

Newton was short on legitimate weapons in his first season with the Patriots and the tight end was non-existent in the passing game. This is a complete, needed 180 to better rebuild Newton as a short-to-intermediate passer to play off his running.

Henry and Smith were the headliners and given that combined long-term investment, the Patriots also couldn’t spend big at wideout. So they settled for Bourne, the former 49er who is their ideal route-runner of all trades and Agholor, who once aced it in the slot for the Eagles before surprising as a field-stretcher for the Raiders in a rebound 2020.

Bourne and Agholor seem to be more interchangeable pieces, either for depth or contingency, for N’Keal Harry, Julian Edelman, Jakobi Meyers and Damiere Byrd. However you look at it, even without a big name, Newton has two more viable wideout options now in case of more incumbent ineffectiveness or injury. Skill-player wise, on top of the running backs, the Patriots have gone from remedial to several notches above respectable. Grade: A

The Patriots’ biggest splash here was Judon. He has been a disruptive pass-rusher and active playmaker for the Ravens, but he’s also not broken through for a double-digit sack season yet. New England might have overspent hoping he can peak in their system and complement Chase Winovich well on the second level.

Godchaux, from Brian Flores’ system, shores up the nose for run defense. Wise was a key keep for his position versatility in Belichick’s front. Anderson, Mills and Bethel are all Patriots’ types of rotational role players. Between all their defensive youngsters and veterans Dont’a Hightower and Patrick Chung returning from opt outs, there are lot of pieces on the board for Belichick to manipulate in his hybrid scheme. The Patriots did also improve defensively, but it’s not as dramatic as the change on offense. Grade: B

Who did the Patriots lose in NFL free agency?

This can’t be forgotten. The Patriots did re-acquire right tackle Trent Brown in a trade with the Raiders, but they also lost the best free-agent guard to the AFC champions, who are looking to overhaul their front for Patrick Mahomes. New England needs big years from Brown, left tackle Isaiah Wynn and center David Andrews to offset the sturdy blocking loss.

Are the Patriots now a playoff-caliber team in the AFC again?

That’s a tough question to answer this early. The Bills for now remain a better team and bet to take the AFC East again because of a rising Josh Allen vs. reviving Newton. At 7-9 last season, the Patriots were four games out of a wild-card spot in a loaded AFC where the Ravens, Browns and Colts all made the playoffs at 11-5. The 10-6 Dolphins were also three games ahead of the Patriots in the division. The Patriots were tied for the 10th best record in the conference with the Chargers.

This is assuming a few of the powers falter and teams such as the Dolphins, Raiders and Chargers don’t also get better. There’s still a lot uncertainty over the play of Newton.

Splurging in NFL free agency doesn’t guarantee a massive spike results. The Patriots pushed themselves to at least climb back above .500 with on paper, a favorable strength of schedule for 2021. They are much better positioned for a 9-or-10 win floor, but they have a lot more work to do in the draft and rest of the offseason to push the ceiling toward the true AFC contenders.