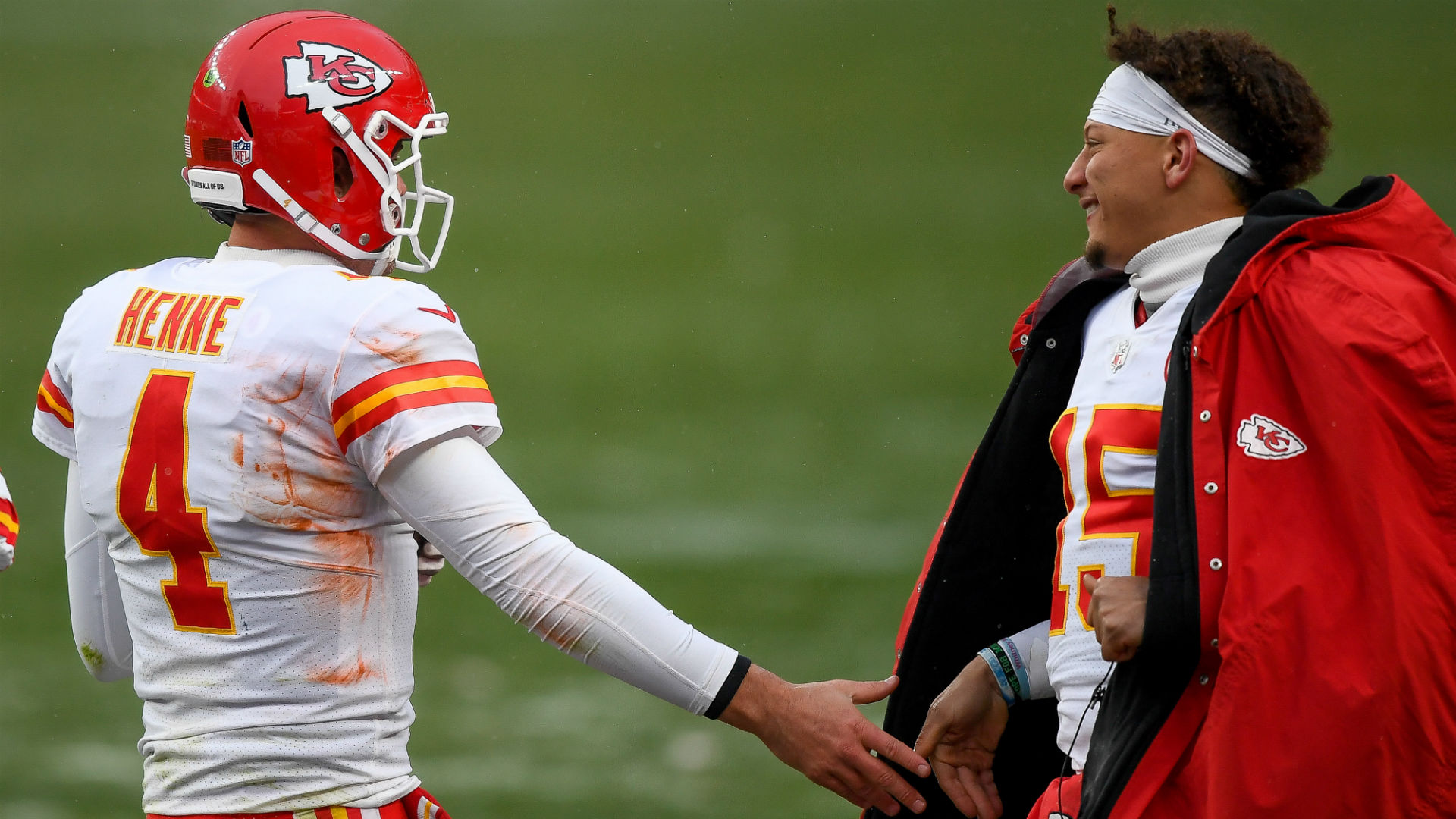 Patrick Mahomes won’t play in Week 17 since the Chiefs have everything locked up in the AFC.

Kansas City (14-1) clinched the No. 1 seed in the AFC in Week 16 with a win, meaning there’s nothing to play for in Week 17 against the Chargers. Andy Reid announced Wednesday that Mahomes would indeed sit out Kansas City’s final regular season game, potentially locking up the NFL MVP award for Aaron Rodgers.

Starting in Mahomes’ place will be veteran quarterback Chad Henne. The last game Henne started came in 2014 for Jacksonville.

“I think he’s excited,” Chiefs coach Andy Reid told reporters of Henne. “He’s all in. It’s a great opportunity for him.”

Why is Patrick Mahomes sitting out Week 17?

The Chiefs have locked up everything possible through 16 weeks. They won the AFC West division. They secured a first-round bye in the playoffs, this year by clinching the No. 1 seed for the AFC’s only bye in the expanded playoff field.

No matter what Kansas City does Sunday, it can’t change its playoff outlook from a seeding perspective. Only negative things could happen, like a Mahomes injury.

Resting Mahomes in Week 17 gives him two weeks off when you add in the first-round bye in the playoffs, but Reid has consistently rested key players in this scenario in the past, and Week 17 of 2020 will be no different.

Who is the Chiefs’ backup quarterback?

The Chiefs’ backup quarterback is Chad Henne. Henne, a second-round pick out of Michigan in 2008, joined the Chiefs for the 2018 season after playing for the Dolphins and the Jaguars.

Henne has never started a game for Kansas City. He’s made three appearances overall, completing 7-of-9 passes for 59 yards in a Chiefs uniform.

The last start of Henne’s career was on Sept. 21, 2014 for the Jaguars. Overall, he’s started 53 times in his NFL career and has an 18-35 record as a starter with 58 touchdown passes and 63 interceptions.

Henne will likely be backed up in Week 17 by Matt Moore, who’s served as Mahomes’ backup in the past but is currently on the practice squad. Mahomes should be inactive so that even if Henne gets hurt, the Chiefs aren’t forced to use their superstar.