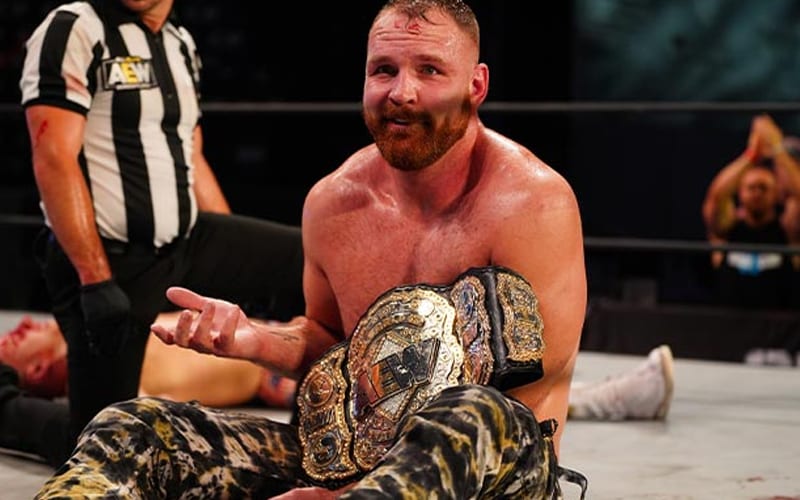 Jon Moxley is still going strong as AEW World Champion, but everyone knows that their time is not guaranteed, especially in pro wrestling. His career isn’t close to winding down, but he realizes there will come a time when he needs to transition.

During Renee Paquette’s new Oral Sessions podcast, Moxley spoke about what’s to come for him in pro wrestling. He wants his kids to see him wrestle, and he doesn’t want to retire until he’s at least 50. The lifestyle of going so hard as a pro wrestler does grind on anyone, and Mox is no exception.

“It’s the life we live and it’s part of the job or whatever. If I just kept on doing that at the same pace, I wouldn’t have lasted long. I can feel my physical window. Not that it’s closing, but I can feel the distance now. I’m not gonna say I can feel it closing but I’m aware of it now and I wanna keep it open and extend and I wanna be able to wrestle as long as I possibly can. I would like to be 50 and wrestle. If we had kids, I would like them to be able and come see me wrestle and I like to do physical stuff. So, over the next year or two, I’ll make a — I’ll just kind of see where I’m at physically and make a decision. This whole pandemic situation really changed the year and made it a lot less busy for me.”

“But also, I’ve been having super physical matches and [I’ve] been going back and forth to Jacksonville which is a bitch. Jacksonville’s a great town, Daily’s Place is a great venue, it’s perfect for what we’re doing and I’m glad that we have it. It’s a blessing that we have such a great venue to run safely in, but getting to Jacksonville to Vegas and back and back and forth is a bitch. Like the west coast guys are like, ‘Aw man, this is a bitch’ because it’s a full day of travel.”

Jon Moxley has kept a tight hold of the AEW World Title through the pandemic, and he doesn’t have any plan for that to change. Possibly his biggest task to date is coming soon on December 2nd as he faces Kenny Omega in Daily’s Place, a trip that is apparently quite taxing due to the day’s journey it requires for a Las Vegas resident like him.

The option of Moxley going back to WWE is likely always going to be on the table. WWE just locked down “Dean Ambrose” with a new copyright and they obviously did that for a reason.