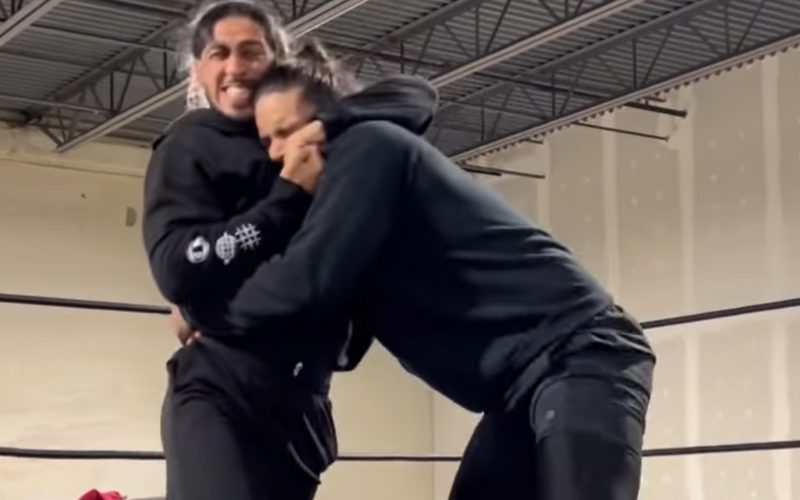 Mustafa Ali was once thought to be one of the most promising athletes on the WWE roster. Recent rumors led to rampant speculation about his future with the company. Ali ultimately asked the company for his release.

It was reported that a backstage argument with Vince McMahon was the last straw for Mustafa Ali. The high-flying superstar appears to be on his way out. Mustafa had been removed from WWE television weeks before.

Now that Ali has made his intentions known, he’s hitting the gym in a huge way. Mustafa posted an intense training video with Chicago-based wrestler Storm Grayson on his Instagram. In the video, Mustafa goes through a series of chain wrestling moves before placing his sparring partner in the cattle mutilation submission hold.

Mustafa Ali has been quiet about his future other than the fact that he doesn’t want to stay with WWE. The company has placed its performers under an enormous amount of stress as continued roster cuts have made seemingly everyone a potential target. Ali is hoping to go somewhere that will empower him.

Mustafa Ali had a public disagreement with WWE creative in November. Ali said he had a beautiful vision, but that the powers that be nixed it. Mustafa is hoping he can make his ideas a reality. It won’t happen in WWE.