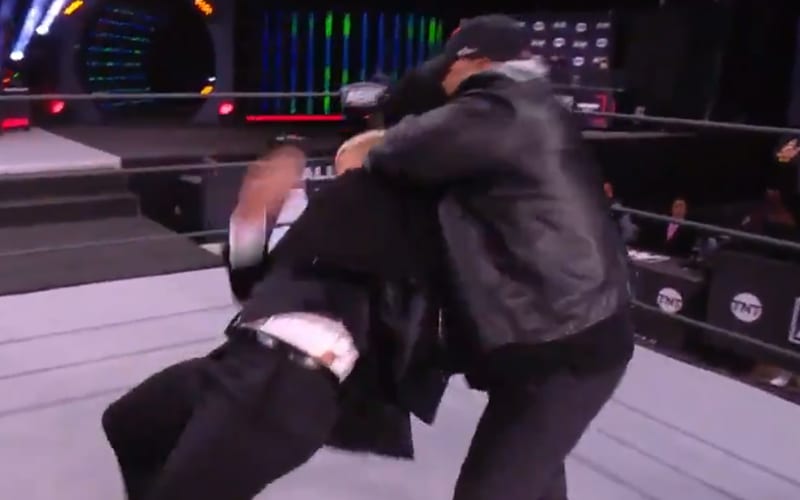 Taz wanted AEW to put some respect on the FTW Title, but Cody Rhodes had other ideas.

Click here for our complete coverage of AEW Dynamite this week.

The FTW Title is held by Brian Cage, but not recognized by the company. Taz wants that to change. He cut an intense promo where he demanded that the title get respect.

Cody Rhodes came out next, and they had a conversation that got very real. Rhodes said he would “run it up the flagpole” when it came to recognizing the FTW Title. Taz didn’t like that response. Taz then unloaded with a barrage of questions and then Cody snapped at him.

This caused Taz to lose it on Rhodes. He choked out The American Nightmare and left him on the mat. Hook then entered the ring and took the FTW Title and he left with his dad.

This is a very interesting storyline development so soon after Taz’s son registered a trademark for his pro wrestling name, news that broke just today.

You can watch the entire segment below.