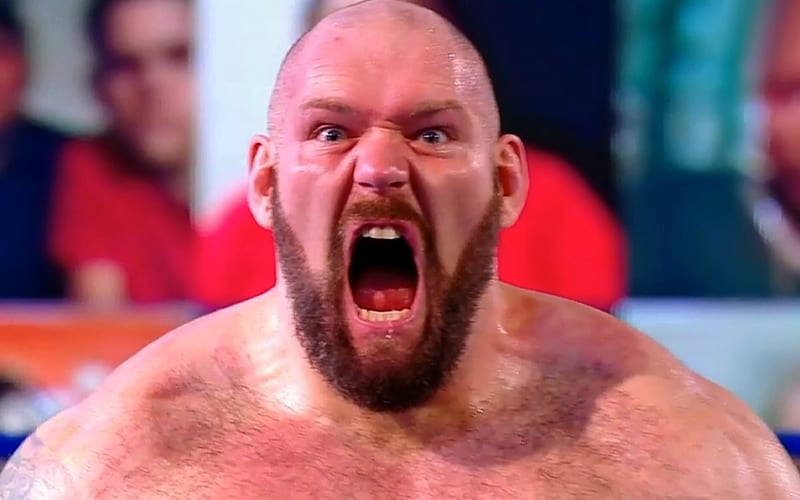 Vince McMahon has his own vision for WWE programming, but that doesn’t include every Superstar.

WWE re-introduced Lars Sullivan during the 2020 Draft, and he was placed back on SmackDown. The Freak ran roughshod for a few weeks, and then he had two sit-down interview segments. His absence has been quite noticeable.

We previously reported how a majority of WWE talent aren’t book past this week. That is the reason why so many Superstars disappear the week after they are featured.

Ringside News has learned that Lars Sullivan’s situation is not one where he is in line for a push. We have been told that there is currently “nothing” for him.

There is currently “nothing going on” with Lars Sullivan. We previously debunked the conspiracy theory that his absence has something to do with Joe Biden winning the 2020 Presidential election. Nobody knows how that got started, but some fans believed it. The fact is that Lars Sullivan hasn’t been on television because there is no plan for him.

One tenured member of the creative team noted that Sullivan’s situation is “just typical falling through the cracks.” This is not a good sign for The Freak as Vince McMahon was behind him just a month ago. Now he’s not even asking for him.

The creative process on the blue brand is “in shambles.” Some top Superstars have loose ideas for long-term direction, but nothing is even booked past TLC at this point.