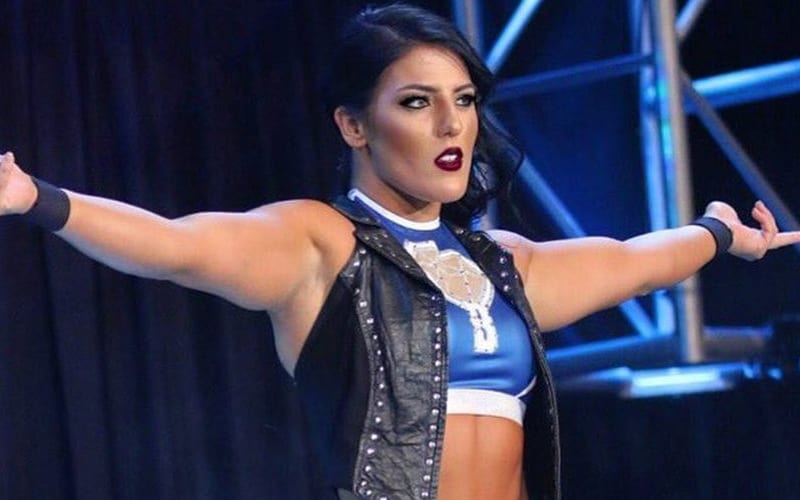 Tessa Blanchard was released from Impact Wrestling, and she is still in Mexico with her husband Daga. There is reportedly interest from AEW and WWE, but there is one big holdup for Blanchard.

According to Wrestling Inc, Tessa Blanchard has not signed with a new contract with another pro wrestling company because she is “still celebrating her recent marriage.” They are still in Mexico.

Daga reportedly has plans to work for MLW. Tessa Blanchard could be weighing her options right now. The third generation wrestler is currently busy celebrating her transition into life as a newlywed.

Tessa Blanchard was Impact World Champion at the time of her release. One day prior to her big title win, a scandal broke where many pro wrestlers came forward with stories about her backstage bullying, allegations she has since denied.