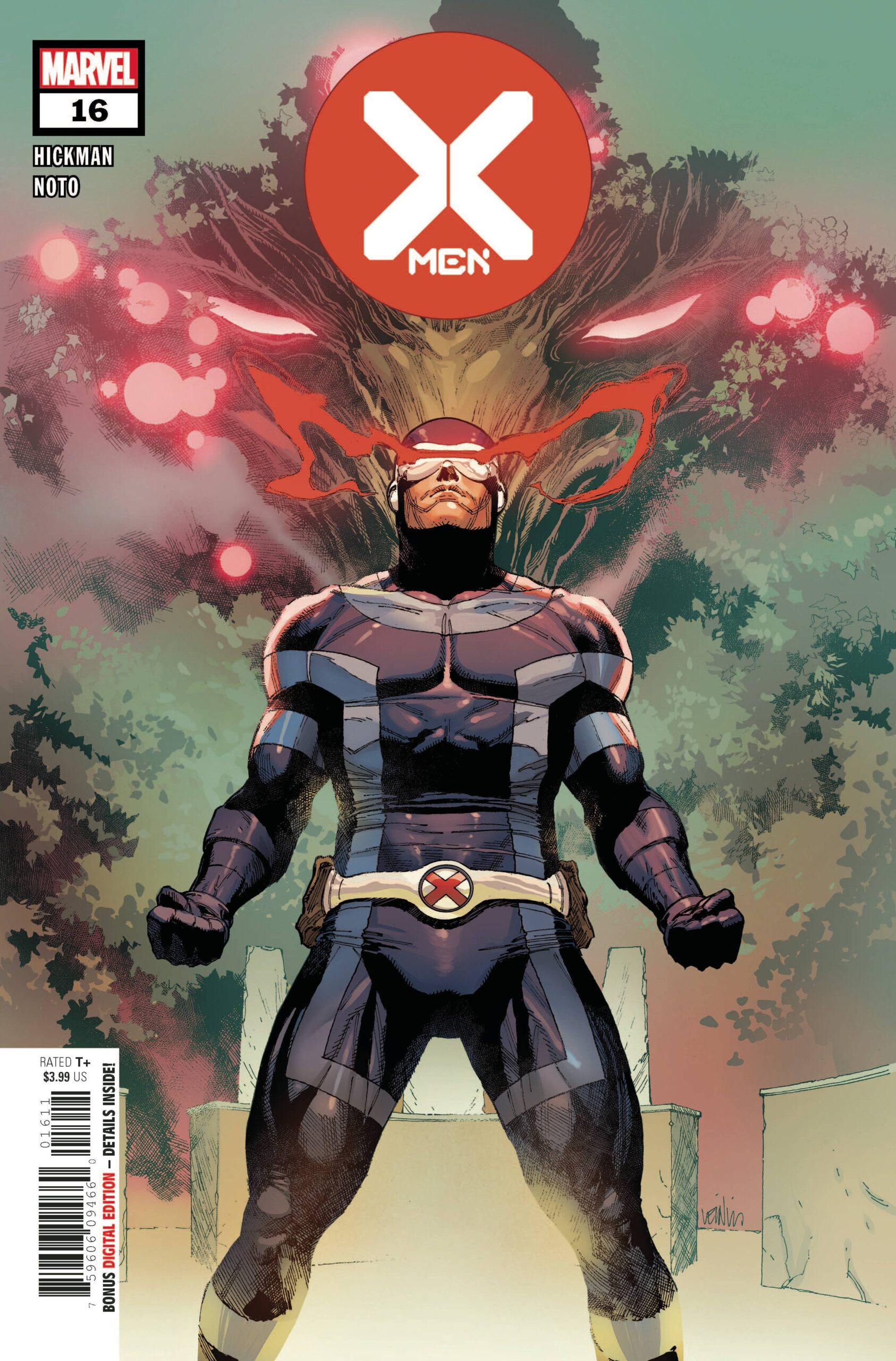 One of the casualties of the pandemic pushing comics back by months is the large amount of political content in current comics, which feels entirely anachronistic with the election behind us. That said there will always be a place for comics filled with political intrigue. X-Men 16 gives us a full issue of talking heads, but it’s well executed by two creators at the top of their game.

Jonathan Hickman begins the buildup to the next stage of X-men conflict as the relatively new government of Krakoa works to adapt to their new found sister nation of Arakkii. Cyclops and the Quiet Council wok to find a new way forward both for their governments and for the X-men team. In the end all the pleasantries can’t bring together the two nations or the islands they live on.

Phil Noto’s art is perfect for this book, emphasizing well the beauty and grandeur of the respective lands. Cypher arranges a meeting of the lands themselves in Ent-like forms. But concludes that the islands just don’t like each other.

Xavier and Magneto meet up with the Arakkii leader Isca just after she kills a creature and pronounces ominously that she will leave no enemy alive ever. Isca tells them that her people have no wish for peace and compromise. She warns them not to return. Cyclops and Jean Gray leave the council behind them but decide to put together a new X-men team by election.

World building including concepts of elections, galas, councils and talks should not be this interesting, but Hickman and Noto knows how to tell any story well and it keeps our attention. Hickman’s individual issues always seem unimportant until one pulls back and sees the larger narrative. That being said this issue does much to build up a new potential enemy and sets up a new status quo in admirable fashion.